Experimenting with Projectors and Porcelain 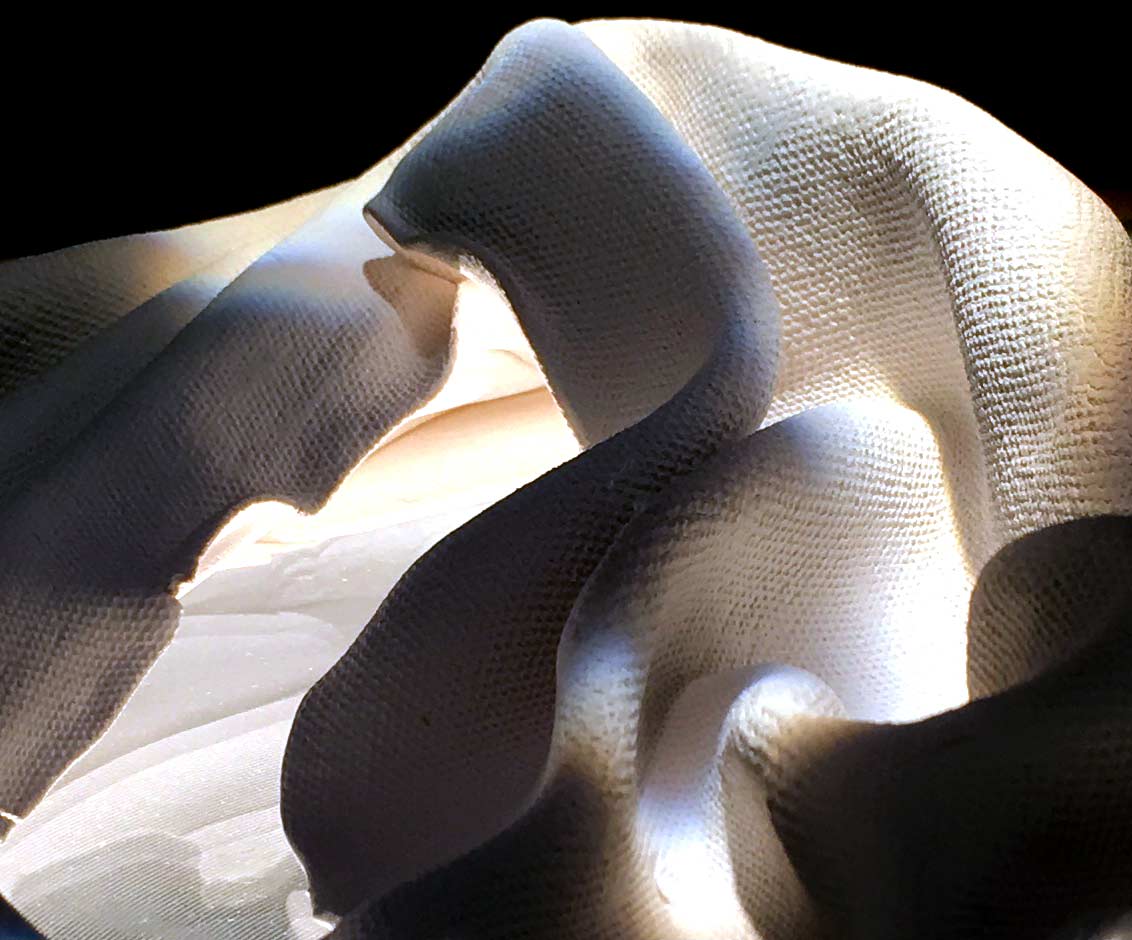 Unfortunately the old light I used for photographing my work has been broken and not replaced, so I ended up having to improvise using an old overhead projector. This created a good strong light but is  a slightly warm light… I would like to try a cooler more neutral light in the future, to begin with I used the projector purely as a single light source which worked okay. Later I experimented with putting my piece directly on the flat bed of the projector so it was being lit both above and below it which allowed for some very interesting photographs. The overwhelming light means that when using a camera the rest of the studio becomes almost black in shadows and highlights the curves and edges of the porcelain. Another interest of the projector was the projection of the objects shadow onto itself creating more details on the surface.  Alongside this the old yellow / orange colour produced due to the prism effect of the mirror  at the edge of the projected area was bright and was able to be projected onto the porcelain pieces with the porcelain being white it reflects well therefore the colours remain bright and clear. Due to this I wish to experiment more with projecting onto my work. 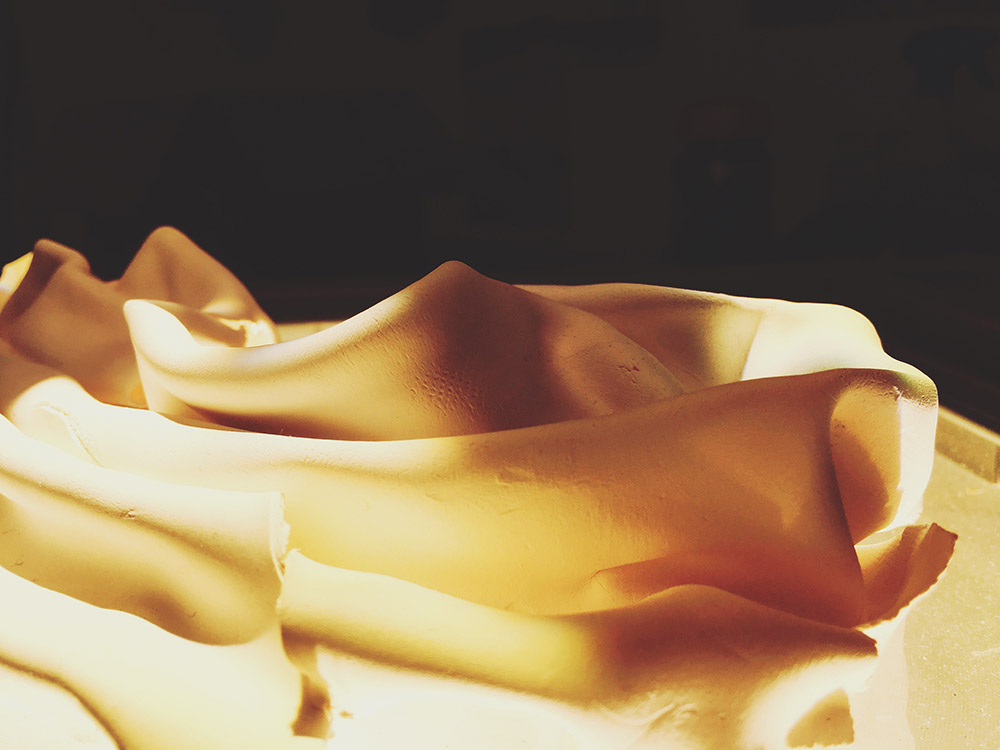 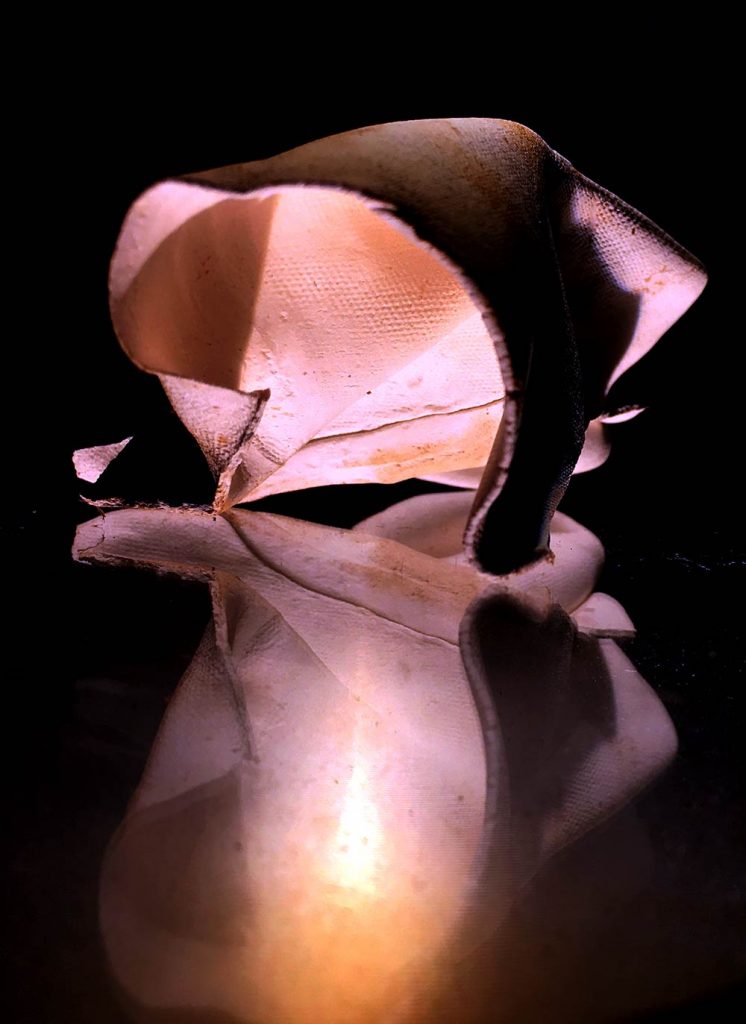 The translucency of porcelain
Jennine Marchand