A Brief Introduction to the Geology of Isle Of Wight 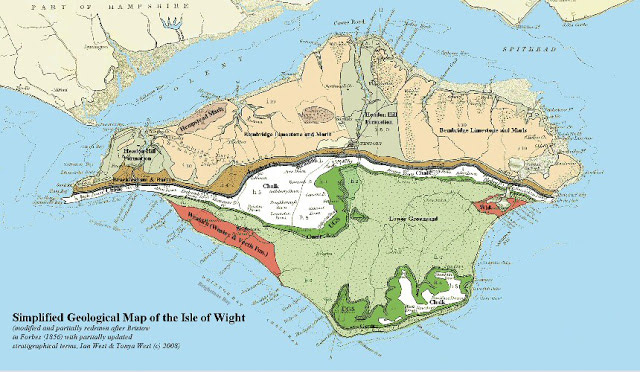 Just a short write up about some of the islands geology.

On the isle of wight we are exceptionally lucky with our geology due to the expanse of different time periods available to us. Fossiling areas range from a few thousand years old (the more northern side of the island), to one hundred and twenty-five million (which can be found on the south). From my Fossiling trips I now know where to look for specific times/ fossils, if i wish to find turtle or early mammal or even fish I will head to Bouldnor or Hamstead on the northwest of the island.  For an earlier time period containing specimens such as dinosaur (Cretaceous) I will head to the southwest of the island such as Brook  where dinosaur footprints can be found. A beach I often visit is Yaverland on the southeast, along this bay there is a wide range of periods (over fifty million years) exposed and varied environments (ranging from rivers and flood planes to deep sea).

St Catherines beach situated to the south point of the island, shows a specific slice of geology which makes the bay very fossiliferous, the ammonites from the Glauconitic Marl seen in my studio space are collected here.