In conversation with Alessandro Zembelli 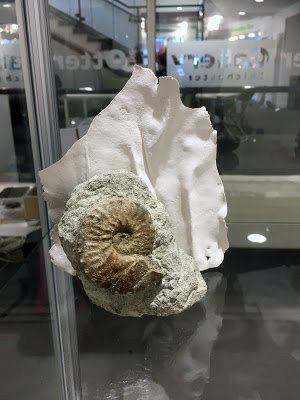 I was lucky enough to gain a tutorial with the visiting artist Alessandro Zembelli, an interdisciplinary   architect. during his lecture I felt that some of his ideas and ways of thinking akin to my own practice which is also interdisciplinary.

space place and behaviour, architecture and archaeology, scandalous artefact. Using the skills of your disciplines, practising between the disciplines, being an architect in an archaeological space. liminal spaces, London stone, Peter Ackroyd – Ulite, London stone myth 19th century. a lump of rock, not anything else but itself probably roman now at the museum of London.

Drawing centred disciplines, the instinct of an architect to draw, using the grill as a planning frame.

The movement of the stone , how text can be a way of bringing together the fragments of history or ideas. The stone itself is kind of invisible as an object (alike the fossils I find), the stone has its own stories of myth – the stone is preserved through the myth, the coming together of texts.

designing a reconstruction are the gathering together of fragments in the present.

Jacob and Esau, different moments mashed together. Undisciplined drawing, fragments of drawing come together . the architect  already knows how to draw, but here and now, at the site of encounter he knows nothing meanwhile the archaeologist teaches him to draw again.

Layering the times as one piece, whats actually happening here, why do we plug into these things manifesting of actual knowledge, understanding whats happening and operations in those situations, concentric ripples of discipline overlap.

Art is to make the idea of the present- future making palaeontology is looking backwards to put the fragments together from the past.

We began conversion in my studio space Alex first became interested in one of my ammonites from St. Catherines, from here I introduced my practice and explained my interest in palaeontology. Alex then shared his experience of being on a site dig with archaeologists retelling me the way they interpret and understand through looking and how they drew diagrams in the earth with a trowel during the dig. He re-called how he didn’t see or understand things as they showed him but grew more knowledge and understanding during the dig, I understood this position and retold my story of being on digs and fossiling and we both commented on feeling the outsider being allowed in. We discussed things not existing before our contact with them regarding an artefact or fossil but I then applied this thought to a bag of porcelain and determined the intervening factor in both  were my interactions with these objects. He kept revising the first fossil he picked up on my desk, I confess I deliberately chose to put this one in view, this fossil is recognisable to many and they can recognise it as a signifier of prehistory. The other main reason for its choice is the process I have put the fossil through , from finding in the landscape to prepping and preserving it to then bring it to the studio, (there is also evidence of this photographed on my wall to show some of the stages of its transformation). Alex was also interested in the perpetration process and asked how you know when to stop.. I replied “with practice”, and explained how the different kinds of matrix react, he introduced the term matrix himself, which I enjoyed, it was someone else from a non paleo field bringing the correct terminology into an artistic conversation, it reaffirms this understanding of the interdisciplinary.  We also discussed where does the theoretical matrix begin and end I ventured the idea that it extends into the landscape itself this idea of the thing being part of what surrounds it, perhaps I should consider the matrix more thoughtfully in future. I then introduced an encounter with a fossil as I tend to do in my studio space by placing a fossil in someone’s hand asking for there thoughts and ideas then explaining what it is to them ( fossilised bone probably dinosaur and 125 million years old found in the south of the island), I then asked for his thoughts on the encounter, he commented on the interest in the object from the beginning but how the understanding of it changed the way he considered it and he became focused on the number commenting when it’s a few hundred to a few thousand he feels closer to the object and when faced with such an age the mind struggles to understand and find place for it.

Furthering our discussion we moved to the kiln room as some of my most recent work was in there here we discussed the fragility of porcelain and the fineness of it, Alex then told me how he wasn’t sure if the porcelain in my desk was solid or natural to begin with and found himself compelled to touch it. I then put a piece of porcelain in his hands and he found the work surprisingly light and was nervous of it’s fragility, which is what I set out to achieve in my porcelain.

After this discussion I re-evaluated my own practice and confirmed my current artistic practice to be interdisciplinary, the tutorial gave me more confidence in my own practice as we had similarities in our approach to working between two areas of understanding.